I’ve been going on and on about the continued weakness in Europe, and how I feel that it will most certainly come to “bite us in the ass” again, and again in the coming year. Spain’s issues are much more serious than the current market action reflects – and the ECB has been doing a lot of talking with very little action. Yes bond yields are down across the board and for the time being it “appears” that things have steadied / leveled off however – bubbling there underneath the surface is a complete and total financial disaster. I guess….. for those who believe that now ” endless printing” (so far yet to be seen) by the ECB will magically paper over the holes – fair enough, as this seems to be the current “accepted course of action”.

But make no mistake  – the problems in Europe are far from over. Now…that being said ” lets go buy some Euro’s”!

In currency markets  – there are many instances when the “fundamentals” do not come close to lining up with the “technicals” – but short term trade set ups do ideed exist. I generally approach these trades with smaller position size, and pre-determined stops – in order to set my emotions aside, and just allow the trade to work. Another small suggestion would be to place orders “well above” the current price action, and let the trade come to you. 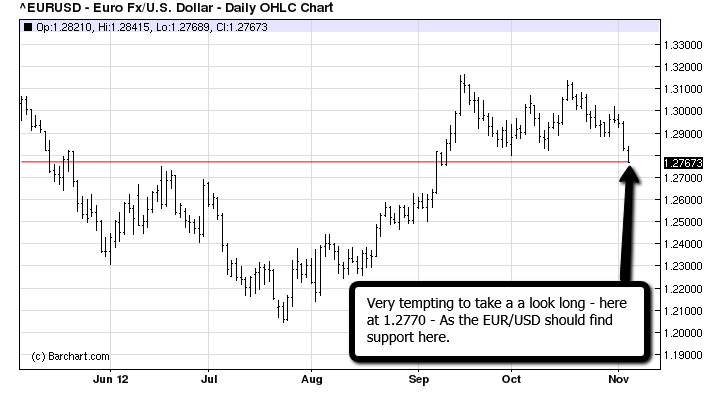