I seriously cannot let this one slide as….I could care less what this joker has to say about it.You “the reader” can make up your own mind.

“I think 2016 puts on the QQQ or SPY are going to pay off many thousands of percent over the next two years”.

The next two years??? An options trade?? With a 2 year profit horizon?? That’s your advice / suggestion to readers??

Man….just like the last time Gary Savage suggested buying options ( and I suggested to both he and his readship that his options would go directly to ZERO! ) Here he goes again! Unreal! 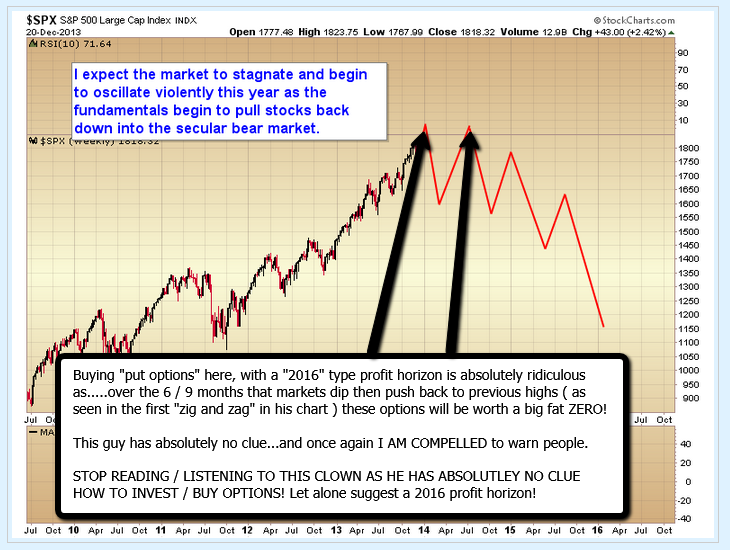 What is wrong with you man? The comment section is wide open / ready and waiting for “Mr. Gold Profit” ( who I believe lost literally everything during 2013 no? ) to back it on up…..

You tried currencies for a week er two as well……how’d that work out?

This is an open invitation Gary……you’ve got the floor.

Please enlighten us. An options buy with a 2 year profit horizon? Even better a “bearish options buy” (from the guy that doesn’t believe you can make money on the “downside”).

How many times a day do you climb the same f#%)/king rock Gary?