Unfortunately….for those of you who’s investment and trading decisions depend solely on the grunt’s and groans of some smart mouthed Silverback with an attitude – I am busy today.

An esteemed  colleague and I have been summoned to the head offices of Google San Fran – where we will be building time machines, slipping microchips under our skin, and dancing through holographic simulations of the future. Jealousy will get you everywhere. I’ll post some pics later this week.

The Euro has continued higher – as expected. The U.S Dollar has taken its beating over the past few days and ( in my view ) will continue to get hammered –  as expected. And good ol’ gold has now put in its daily cycle low somewhere here around 1200.00 per ounce.

The current trade hypothesis still resting on the fact that “whatever happens” on Wednesday with respect to both interest rates rising and the U.S debt ceiling being reached “again”…The U.S Dollar sees its day, and continues South.

This “could” stretch another month if indeed the powers that be somehow appease markets – by what? Raising both interest rates AND raise the debt ceiling? This I truly have to see with my own eyes to truly get the full sense of just how “totally F’d” this system is.

I don’t particularly enjoy trading ahead of macro news events, but in the case will take it on the chin one way or another.

Good luck to all over the next 48 hours…you’ll likely need it.

Best advice…..don’t move a  muscle til ‘after the announcements on Wednesday….and even then – don’t get “trigger happy” Thursday morning either. 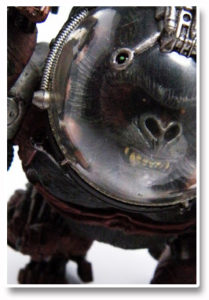