Remember this chart from back in October?

I had suggested that the emerging markets ETF “EEM” was having trouble breaking out to new highs while the SP 500 was leaving most charts in the dust right?

So……now let’s have a look at it “again” while the SP 500 has “the October highs” way back in the rear view mirror.

In a healthy global economy, shouldn’t those emerging markets be moving higher / breaking out as well? 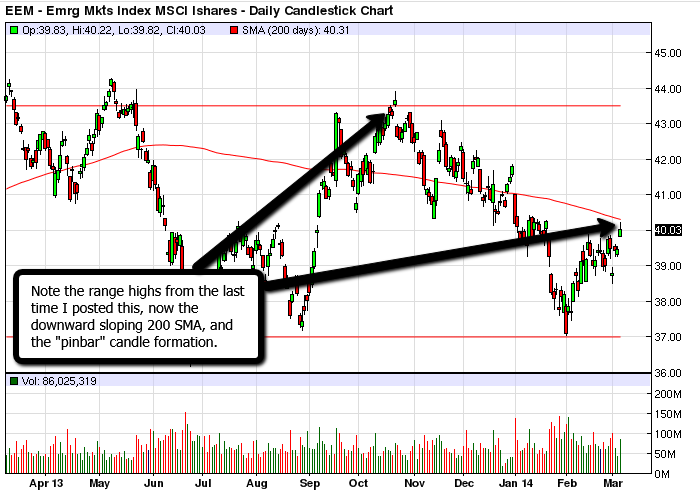 The “proposed taper” has obviously had an effect on EEM as we’ve discussed here several times before ( U.S dollars pulled out of these emerging economies in preparation for rising rates / economic contraction etc…) so…..the question begs to be asked.

Is the U.S Equities market “literally” the last one to fall?

This very well could be the “elusive blow off top” as not a single data point out of the U.S ( or the planet for that matter ) suggests any kind of meaningful recovery.

I’m sure I’m guilty (as we all are) in  “seeing what I want to see” but seriously….how far can U.S Equities “diverge” from what’s “really going on”?

Food for thought if nothing else.