So the G-8 has now become the G-7 with Russia getting the cold shoulder, and the proposed G-8 meeting for June – cancelled.

Leaders of the so-called Group of Eight announced on Monday they would cancel their planned June meeting in Sochi, Russia, and suspend their participation in the international group, following Russia’s annexation of the Crimean Peninsula from Ukraine and threats toward eastern Ukraine.

Blah,blah,blah…..here’s what this is “really” all about. ( I’m sure you already know this ).

Check out the location of those pipelines, and the amount of gas exported from Russia to a number of European countries, as well take note of the “cultural boundaries” outlined in the smaller graphic in the bottom left corner. Hmmmmm……. 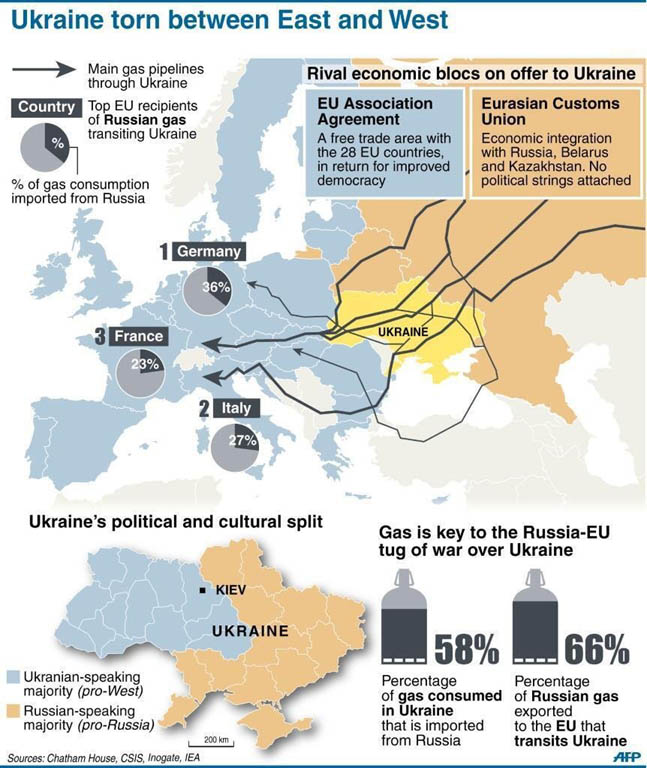 There appears to be a whole lot of land/people there in the states of Eastern Ukraine that could just as easily “swing” Russian no?

Market wise what can be said? Another day grinding away…..short of GBP finding support and AUD looking to top out.

Trades continue to develop, as paint continues to dry.