For as many years as I’ve been trading and analyzing markets I’ve been told time and time again….watch copper.

If you want to get a good bead on global growth / demand just make the simple connection between “that” and the obvious need for copper.

It’s been widely correlated with “China’s growth” as a general bellweather for continued expansion and development.

Nice chart below. I guess the default of China’s Chaori Solar Energy may have caught a couple of peoples attention. Smart people anyway. 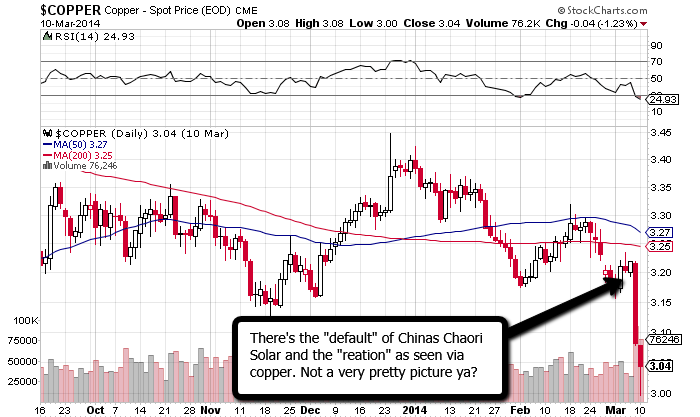 The Aussie Dollar ( my synthetic “short China” play from a few days ago ) getting hammered as we speak.

And who’s saying that saying a keen eye on the fundamentals doesn’t do much for their trading?