As most of you already know, I follow The Japanese Nikkei more closely than American Markets as its my firm belief that we will see larger scale moves reflected their first.

The Nikkei has been trading completely flat for a whopping 16 weeks now ( 4 months flat as a pancake ) at levels that are starting to suggest that “a lower high has already been made” on a larger scale time frame.

Let me show you.

Here is the “weekly” chart of The Nikkei clearly showing the 16 weeks of flat/range trading which, unto itself isn’t really that big a deal. 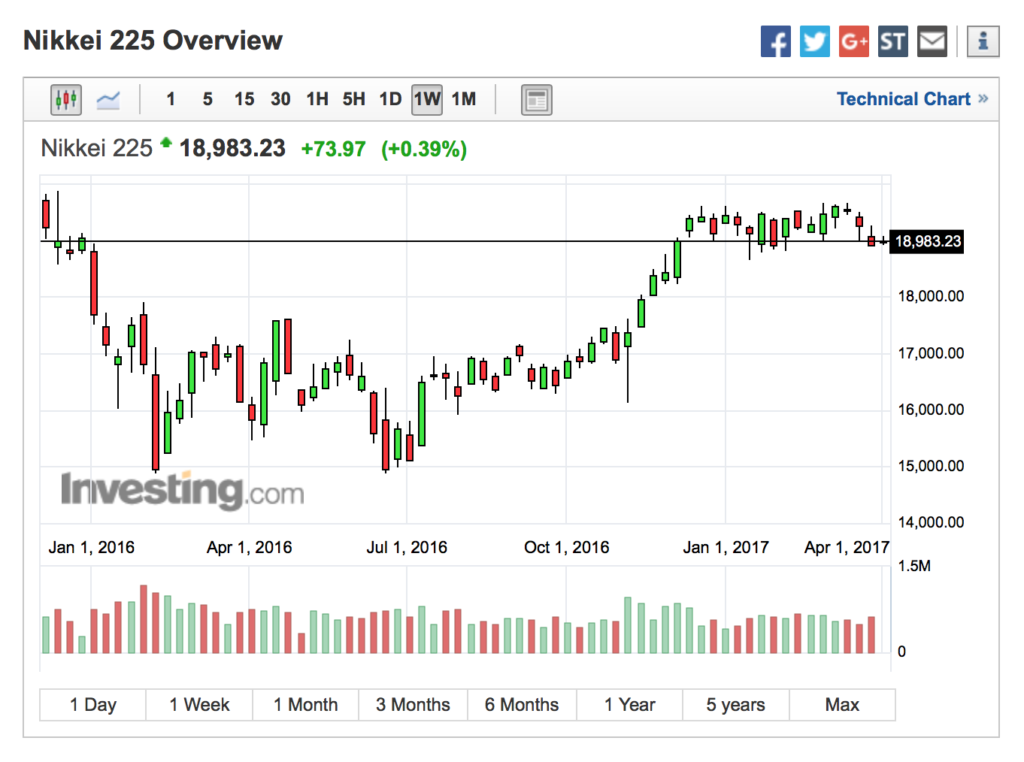 Now if we “zoom out” even further things start to look a bit more interesting as we start to put this “congestion zone” into perspective.

Here is the “monthly” chart of The Nikkei. 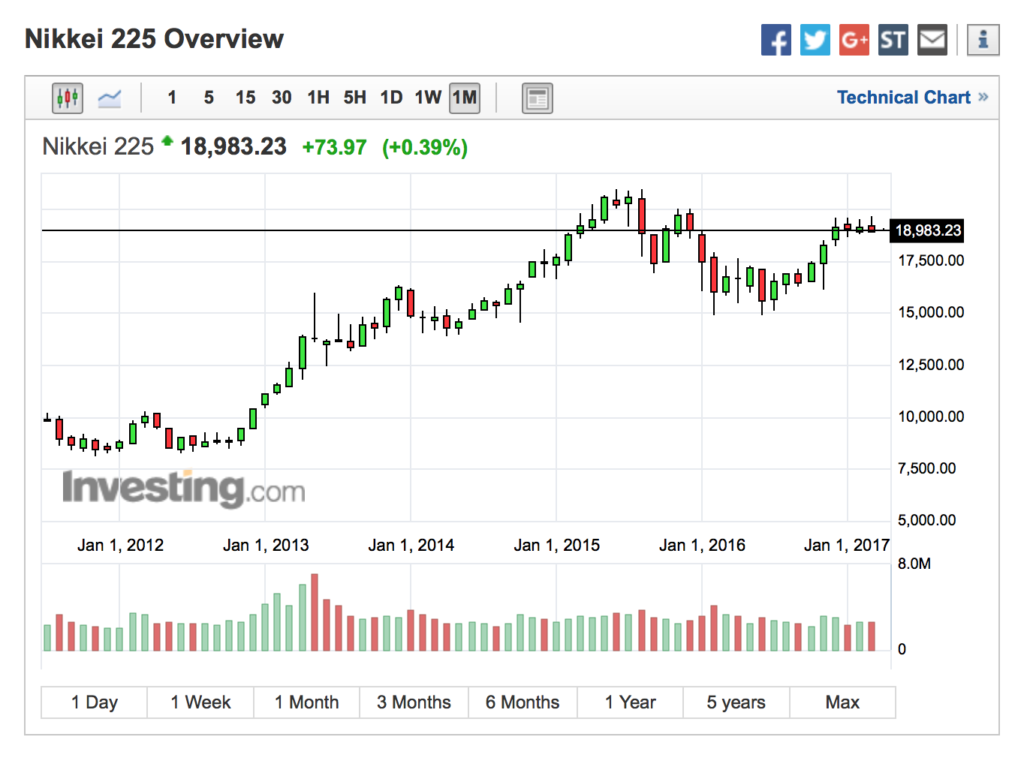 It’s my feelings that The Nikkei actually topped “mid 2015” and that we’ve spent the entire last year and a half in “distribution mode” – with respect to the continued pump in U.S Equity prices. Japan’s stock market has been unable to share in the Kool-aide drinking, as cheaply printed Yen has flooded over to America, been converted to USD and used to buy stocks.

This is why you see the incredible correlation with U.S stocks and the currency pair USD/JPY ( bet you where wondering about that! ) as the pair rises when stocks are purchased and falls as stocks are sold.

I don’t see The Nikkei reaching for new highs but rather (and more likely) breaking thru support and moving along to create a very large / significant “lower high” on a monthly time frame. Things could get quite ugly from there.

This does not bode well for the “risk on trade”.