As I am always a touch early……..short USD trades are looking very good here.

One can see that The Buck has had it´s day, and has now been soundly rejected at the 200 SMA.

You guys can look back and recall short trades in Apple – with the exact same set up. Very straight forward…when an asset hits the 200SMA from below, then gets smoked. A very large level of resistance, and generally a pretty clear indication that things will be headed lower. 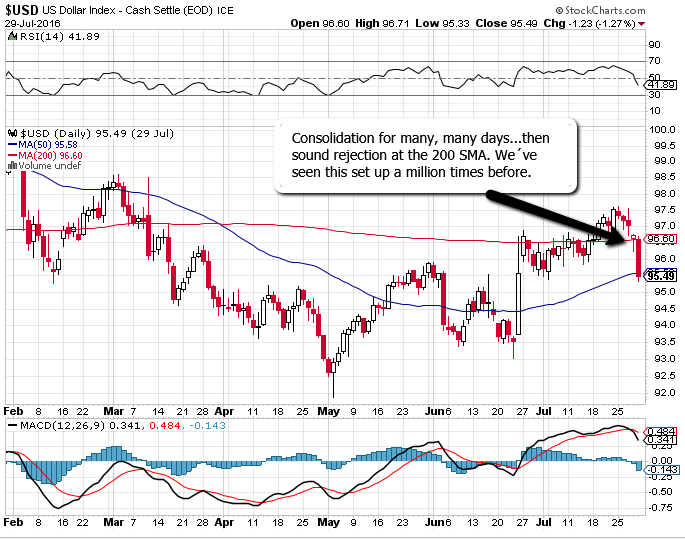 You can look for a million different reasons, but fact remains that a rise in interest rates will blow this market up, and that if anything….further easing will likely make more sense, and that´s bad for USD.

You have to keep in mind that the big boys are ¨spinning the story¨ not sheepishly following along! Long positions by the big boys have already been sold to you, as the common man ¨reactes¨ to the trickle of silly news stories aimed at keeping you on the wrong side of the trade.

You falling for this shit? Grab a backbone. Get informed. Remember the days when The U.S Federal Reserve was printing like mad, and crushing the currency with hopes to boost exports and the economy?

How did that go?