As Canada draws near to legalizing marijuana and investors scour the marketplace for investment opportunities, RavenQuest BioMed Inc. (CSE:RQB) (OTC:RVVQF) has made an exciting announcement:

The company has created “game-changing” grow technology that actually more than doubles the average cannabis yield while cutting electrical costs by 75% to 80% and slashing nutrient costs by about 25%. 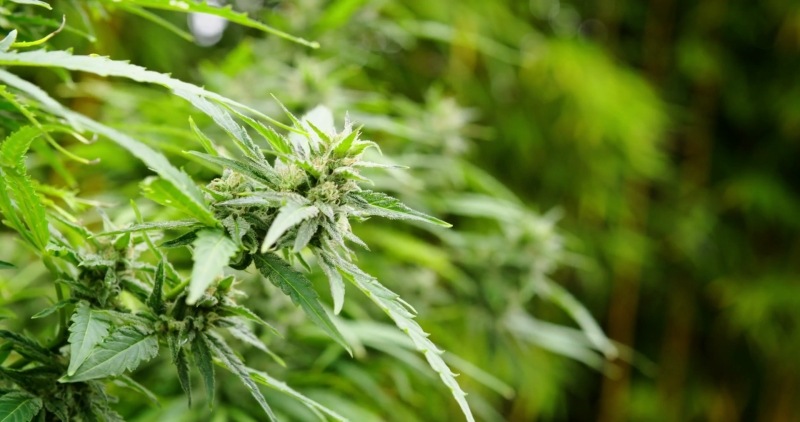 This development is sure to draw investor interest as more and more learn about it. Here are the details:

First, you should know (if you don’t already) that cannabis is expected to be legalized in Canada later this year. This fact has ignited a “cannabis gold rush” that has weed producing companies searching for market advantages that will allow them to beat competitors, attract investors and send their value soaring.

In these market conditions, the announcement by RavenQuest BioMed Inc. (CSE:RQB) (OTC:RVVQF) is sure to send shockwaves throughout the industry.

You see, most cannabis companies like to advertise the amount of cultivation space they have. But real industry insiders know that it is actually “yield per square foot” that makes the difference in how profitable a company is. After all, you can have all the space in the world but if you don’t use that space properly you are not going to maximize your profits. ‘Yield per square foot’ indicates that a company is operating efficiently.

How does the technology do that? By allowing for ‘three-dimensional cannabis production’ as opposed to the current flat table growing method. The company’s Orbital Garden System results in yields of over 300 grams/square foot, compared to the industry average of 130 grams/square foot.

Now if we stopped right there that would be enough to position RavenQuest BioMed Inc. (CSE:RQB) (OTC:RVVQF) as a future market leader. But the benefits of this system don’t stop with production increases.

As we said earlier, because of the way the Orbital Garden system is structured, electrical costs are reduced by 75% to 80% and nutrient costs are slashed by about a quarter.

In other words, by using this system a company can grow more cannabis while actually spending less!

Since cannabis plants grow toward a light, a light source is placed in the center of the garden, and all the plants grow toward it. This is the rotational garden concept. The Orbital Garden takes it one step further and makes it stackable; stacking six gardens right on top of each other.

With these kinds of figures, you can quickly see why this new technology is such a game changer.

The system itself is such a valuable commodity that RavenQuest BioMed Inc. (CSE:RQB) (OTC:RVVQF) can sell it to other cannabis companies if it so chooses. This would give the company another viable revenue stream in addition to selling cannabis.

RavenQuest BioMed Inc. (CSE:RQB) (OTC:RVVQF) has also made several additional recent moves that further position it as a Canadian cannabis company to watch. For instance:

One of the hardships facing cannabis companies is the long lag time between initial spending and when they can finally start earning profits. Companies must pay for production facilities, product and more and then they must wait for their product to grow before they can start selling it and making a profit.

This trying process prevents many companies from succeeding. RavenQuest found a way around this roadblock by creating what has become a highly respected consulting division that takes other cannabis companies through the pre-licensing and full-licensing stages. The division now generates substantial revenue by offering turnkey solutions to cannabis producers.

During its seven years of existence, the division has amassed an unprecedented 100% success rate, which has made it the in-demand, go-to source for beginning cannabis companies. In other words, RavenQuest BioMed Inc. (CSE:RQB) (OTC:RVVQF) is already a highly profitable company outside the selling of cannabis thanks to its technology and consulting divisions.

RavenQuest BioMed Inc. (CSE:RQB) (OTC:RVVQF) ) recently acquired Alberta Green Biotech and Bloomera. Alberta Green Biotech has a 35,500 square foot cannabis facility in Edmonton that is targeted for completion in mid-2018. The expected annual production of the facility is 7,000kg. Bloomera, which is based in Ontario and holds a Health Canada License to Cultivate, will add an additional 2,000kg per year on top of that production figure.

However, with RavenQuest BioMed Inc.’s (CSE:RQB) (OTC:RVVQF) grow technology it expects to produce at least 11,000kg a year from these two facilities.

The company has also partnered with indigenous communities across Canada to give them turnkey solutions for cannabis production on their sovereign lands.

RavenQuest believes the Canadian government will allocate 20% of the canopy to Indigenous peoples’ lands, making this a win-win partnership that provides the company with another revenue pipeline while also giving back to indigenous communities.

The glowing first example of these partnerships can be seen in a recently announced 250,000 square foot joint venture facility on Fort McMurray #468 First Nation lands. This is a massive project that will produce 50 million grams of cannabis annually, benefitting from both cost savings (25-30% tax savings) and RavenQuest’s yield-enhancing technologies.

Thanks to its unique grow technology, consulting division and recent acquisitions and partnerships, we believe RavenQuest BioMed Inc. (CSE:RQB) (OTC:RVVQF) is uniquely positioned to join the growing number of Canadian cannabis companies that are growing rapidly in value.

Just look at what these companies have done recently

Canada’s second-largest marijuana producer. The company recently acquired a smaller rival CanniMed Therapeutics Inc in a billion dollar deal that was the world’s largest marijuana transaction. Over the past year, its stock has returned a strong 375% to investors.

The world’s largest cannabis company by market capitalization. The company has been on an acquisition spree as it prepares itself for the upcoming legalization of recreational marijuana. Its stock has delivered 185% returns to investors over the past year.

Based out of Quebec, this company is an award-winning medical cannabis producer focused on natural growing techniques. Its stock has performed strongly, returning 151% returns to investors over the past year.

A relatively new licensed producer that only obtained its cultivation license in 2016. In the past year, its stock returned a decent 45% return to investors.

With a market cap currently under $100 million RavenQuest BioMed Inc. (CSE:RQB) (OTC:RVVQF) may potentially be undervalued and a possible candidate to join the companies named above that have already seen rapidly increasing stock prices.

Plus, thanks to its recent acquisitions it is set to begin producing cannabis around the same time that Canada is expected to legalize recreational marijuana.

All of these factors make RavenQuest BioMed Inc. (CSE:RQB) (OTC:RVVQF) a company to watch going forward.

Thanks to its highly successful consulting division, RavenQuest BioMed Inc. (CSE:RQB) (OTC:RVVQF) is in a unique position compared to other cannabis companies. RavenQuest can remain cash flow positive even while funding its other more capital intensive divisions.

That fact alone makes RavenQuest BioMed Inc. (CSE:RQB) (OTC:RVVQF) a company to keep an eye on.

But this company is also joining a marketplace where there are a limited number of companies that are allowed to produce marijuana. In fact, experts say that as of right now licensed producers in Canada only provide about 30% of what the recreational demand is expected to be after legalization.

In other words, this is a big market with a lot of potential and companies like RavenQuest BioMed Inc. (CSE:RQB) (OTC:RVVQF) which have trusted, knowledgeable leadership, a well thought out plan and various valuable assets are likely to find themselves in a position to thrive in the future.