I’m pleased to see that the mainstream media is finally catching up – with these headlines “now” spattered across the news at Google. Are you finally coming to understand the effects of a strong U.S Dollar? Or are you just thrilled that you can power your generator an extra day or two on the cheap? 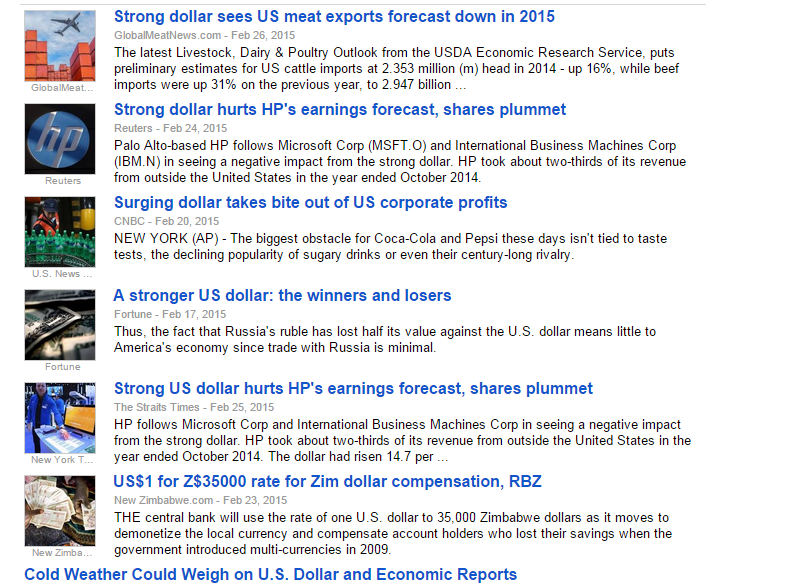 As we’ve discussed here earlier – a stronger U.S Dollar is The Fed’s worst nightmare ( as debts payable in USD skyrocket out of control ) and is killing U.S Exports.

The “less than expected GDP” print here this morning isn’t even the half of it, as these numbers are goosed along with “all” U.S Data in a sad attempt to mask what’s really going on. The near term “sideways trading” in USD has done little to excite traders, as with the current gong show playing in The E.U / Greece.

USD has “appeared” to be the “best of the worst” with all paper currencies essentially losing value at breakneck speed.

You won’t get out in time. You’ll hang on until you are swimming in a sea of red, looking for a lifeline unless you keep your eyes peeled and have the courage to “sell” when everyone else on the planet is buying.