You know….it’s a tragedy really.

A sad, sad story of deceit.

Unfolding slowly at first, then ramping to climax when “least most expected”.

Think of  all the talk in the news…..rates hike expectations, and the “anticipation” surrounding this glorious event when essentially the U.S Fed will “put a stamp” on the economic recovery – and do the right thing.

A rise in interest rates ( as detrimental as it would be to the already “anemic economy” ) would tell the rest of the world that “everything has gone according to plan”, “we’ve done what was needed, and now it’s time for a return to normalcy”. Not gonna happen.

Consider that today’s horrible U.S jobs report ( far lower job growth than forecast ) is just another reason for The Fed to hold off on normalizing rates. Imagine that now……BAD JOBS NUMBERS allow the Fed to just keep on with the only thing it knows how to do . The only thing it “can do” in order to stop the U.S from falling off the cliff into complete and total economic collapse. You got it. You’re getting better at this.

I predict “at best” a small quarter point raise some time next year – (if that…and only to appease the masses for a short period of time) before the Fed cranks up the printing presses for QE4, QE5 – crushing the U.S Dollar and finally pushing The U.S to the brink.

Perhaps on the heels of some juicy news that Russia has now done this….or China has now done that when really….as I think its become quite clear over the past few years…it’s THE FED that has done this.

As American citizens sit and watch this sad drama unfold…………………..from the cheap seats of course.

I remain short risk as this has been the best trade of the entire year ( going back several weeks now ) and I will “double down” later this year on complete and total U.S Dollar destruction.

You make this sooooo easy. 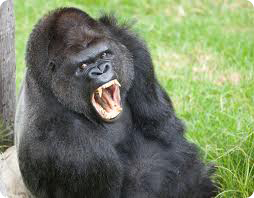