The Skyscraper Index is a concept put forward in January 1999 by Andrew Lawrence, research director at Dresdner Kleinwort Wasserstein, which showed that the world’s tallest buildings have risen on the eve of economic downturns. Business cycles and skyscraper construction correlate in such a way that investment in skyscrapers peaks when cyclical growth is exhausted and the economy is ready for recession. Mark Thornton’s Skyscraper Index Model successfully sent a signal of the Late-2000s financial crisis at the beginning of August 2007.


Over-saturated real-estate activity reflects over-saturated markets. Eventually, optimism runs dry and the period marked by over-exuberance recedes, and we notice the good times are over. 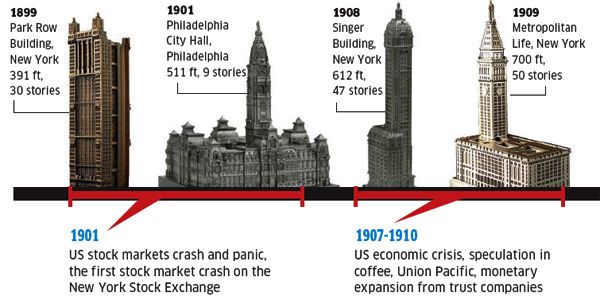 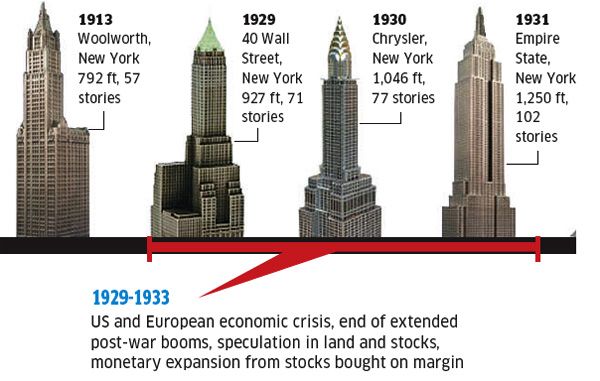 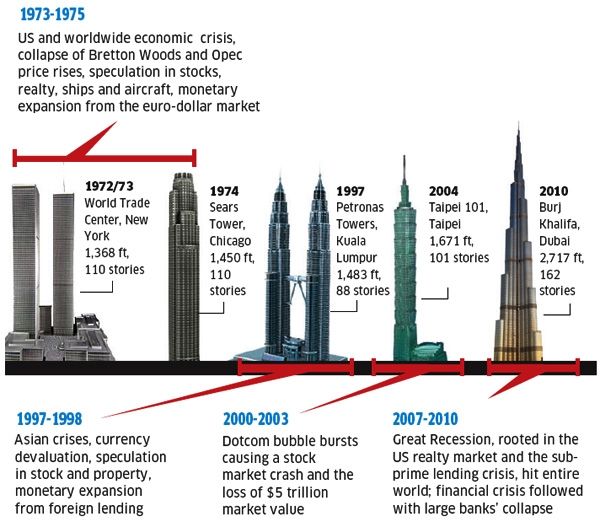 It’s entertainment at the very least – and something to consider / keep an eye on as the general principals run true.